GET 10% OFF YOUR FIRST ORDER HERE
CART 0 SAME DAY
DELIVERY
order by 11am

Thank you for submitting a review!

Your input is very much appreciated. Share it with your friends so they can enjoy it too!

Flipping awesome experience. Had some of your seafood with friends on a weekend away and we tried it out. Order was easy and delivery was fast. Well done. Love what your guys are doing. Go GREEN !!!

Thisnis the first time I've ordered 2x portions of clams- what a disappointment of the 20 clams prepared and cooked only 5 opened, as my guests are over 50 years old could not see the clam up close to open the clam manually, so I threw the rest of the packet away, sadly I have another full packet of 2kg in the freezer, which I'm going to discard as well as I don't want to be embarrassed again Very disappointed

Packaging Needs to Be Re-looked

Product delicious but if you call your company Green Fish, you can’t deliver it in mounds of polystyrene …

Hi V. thank you for the mail. We are very aware of the impact we have, and have worked closely to reduce our plastic and poly box usage while conforming to all the food safety protocol. Boxes delivered in our own refrigerated vehicles are cardboard, and when we have busy days and need the use of a third party we have been using poly boxes. This is a practice we are phasing out, with a new system which has already begun and looks to be working very well. Thank you for your concerns, have a wonderful day :)

Clams were delicious but unfortunately quite a few did not open!

…'Linguine alle Vongole’, for the real taste of the sea. No-brainer :)) Thanks GF for defrosting clams before delivery. I was able to use them immediately. Kept the defrost water in the bag, drained it through a coffee filter paper to remove any shell or sand bits, then added this water to the pot for cooking the pasta to enhance the flavour of the pasta. BTW, my friend Georgio recommends a quick 30 sec soak in cold salty water 'a la sea water’ to encourage the clams to spit out any sand. Easy to handle clams and totally yummy dish that salutes such beautiful clams!

very bad i fear. i googled them and then got terrified of eating them because frozen shellfish is lethal if not treated properly. i thought i was getting clam meat for some reason. i just love any wild food particularly shell fish but i made a dreadful mistake which i can ill afford being a pensioner. But i would try again if i didn't have to pay, the smaller ones are better i understand. i found some in a delicatessen i sometimes use but i am too bang to buy any more. But if you send me some i will cook them and i have a cookery column in the Daily Mail and if i live, i will write bout how to cook them. i wanted to make clam chowder.

To chowder, or not to chowder..?

Hi Greenfish :) Firstly, I was flabbergasted after ordering the frozen clams - with an image in my mind of the smaller variety - that they were so large. I was also shaky on how to defrost them… Thanks for having the ‘Help’ line, even on a weekend! I learnt that the best defrost method for any fish is to unpack and expose under a cool ar fan!! Who’d have guessed? Following my recipe for steaming them open, more than half didn’t open…! A big breath and 3 more minutes and the majority them opened. Ottelinghi says “…if they don’t open, drop them on the floor. They’ll get such a fright they’ll open. I made a ‘Pasta Vongole’, which is not so much about the clam meat, but the sauce they create while cooking - full of flavour of the sea, rich and creamy and very more-ish. Next time, 2kg’s! BTW, 1kg was a generous meal for 4 hungry peeps :))

3rd time purchasing the clam box - so that says something! Great product and value, and wonderful service: ordered around 10h00 and received it the same day (before 5pm in the northern suburbs). Keep up the amazing work, my family's bellies thank you!

I made a very tasty soup this morning. The clams were delicious! Very tasty and high quality. I definitely consider purchasing this product again the the near future.

I ordered 3 packs of clams in the morning and they arrived early afternoon. I made Spaghettti vongole for dinner with a pack and a half and kept the rest in the freezer. These clams are the BOMB. Perfect, juicy with a good flavour. Delicious

The clams and octopus were excellent - have not cooked calamari yet. Service was exactly as promised- will definitely buy again 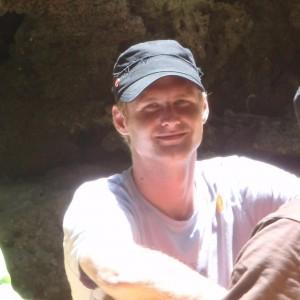 Linguine Clams a must try

Great service and super fast delivery. the clams were clean and tasted good. As this was my first time having clams and following the linguine clams recipe from fishwife.co.za I cannot be more satisfied with how it came out. A fantastic experience from order, delivery, to cooking and to the table. 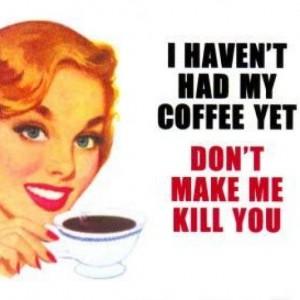 Next day delivery. Delivery person was so nice. Clams in superb connection and super fresh. Will not order fish or seafood from anywhere else.

I love clams. The clams arrive frozen in a plastic bag, so an easy stash in the freezer. This is another mid week winner as it tastes delicious but is super quick and easy to make. I love making clam pasta with linguini. Just requires an onion, garlic, parsley and a lemon. Give it a try - I love dishes that are super simple and easy, but seem really fancy! A great way to incorporate non-red meat options into your weekly menu.

Ordered on Greenfish for the first time, not only did I received exceptionally fast service, the quality of the clams were outstanding. Definitely will use greenfish again.

Excellent quality. Will be a regular on this site

The clams were beautifully succulent and quite big compared to many others that I have bought from different sources. As always with Greenfish the ordering and delivery process is fast and efficient. I made the most delicious Spaghetti Vongole, as one must when you have clams. Served with a crisp glass of white wine, it's a seaside summer dish to die for and super simple to make.

Best clam I ever tasted

We email less than once every two weeks. We respect your privacy and will never share your information.